The latest Census of India Languages, 2011, which shows a decline in number of Odia speaking people, reflects the threat posed to the language, culture and identity of the state.

According to census report between 1971 and 2011, the number of people speaking regional languages including Odia continues to decline in the country except Hindi.

The statistics shows that the number of Odia speakers is declining every year and the trend is likely to continue in future. Experts say the recent trend is not a healthy sign to uphold the Odisha’s rich art and culture.

Tamil and Malayalam speaking populations are falling across most states in north India even as Tamil Nadu and Kerala are seeing a huge jump in the number of Hindi, Bengali, Assamese and Odia speakers.

Well known actress, filmmaker and social activist Nandita Das said in an interview: “I meet Odias outside the state those who don’t speak Odia and don’t eat Odia food and I am quite amazed by that. They say that they left Odisha before they were 18. I reply that I have never stayed here but thanks to my father who used to take us to Baripada, our home town, every year, me with my cousins used to sing Odia songs and especially the food here is highly sophisticated. It really breaks my heart that people don’t know what we eat. The number of Pithas, the vegetables that we use, the variety of sweets we have, variety of fish and mutton – we have variety in every single thing and yet nobody knows about it.” 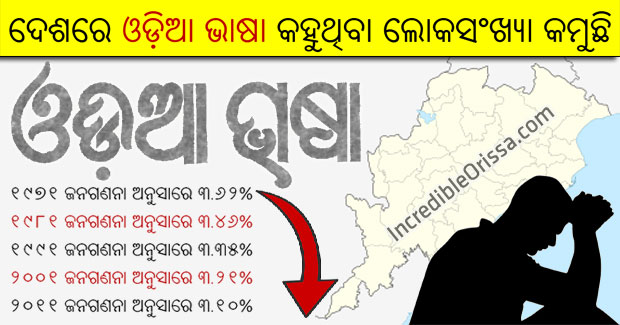