A 30-year-old man was crushed to death by a wild elephant in Odisha’s Sundargarh district on Saturday while trying to taking a selfie with the animal, forest officials said.

Ashok Bharti, who worked in private company was posing for a selfie with one of the elephants from a herd when the animal chased him for a few seconds before trampling him. The elephant had strayed out from a herd near Mandiakudar village of Kuanramunda forest range in Rourkela.

The deceased, who hailed from Bidanasi in Cuttack, was working in a private construction agency at Kansbahal and had gone to the spot, along with others, to see the rogue elephant. “He had moved quite close to the elephant and was in a drunken state,” said a forest official.

The elephant is part of a 10-member herd, which has been roaming in the Rajgangpur forest range for the past couple of weeks. Last night, villagers chased away the herd, as a result of which the elephant got separated from its group members.

Forest officials and locals rescued the critically injured Mr Bharti and took him to Rourkela government hospital where doctors declared him dead.

“As per the provisions, we will provide compensation to the family of the deceased,” said Assistant Conservator of Forest, Rourkela, JK Mohanty. 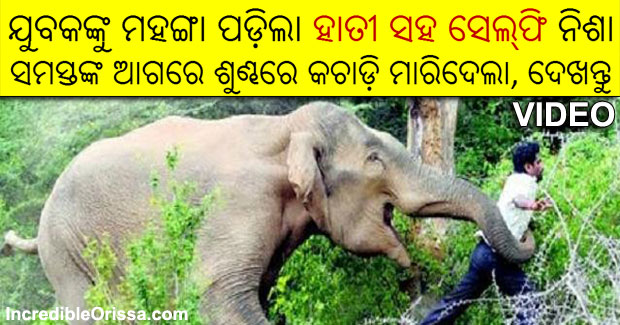