Growing up in Odisha in a village that did not attach much premium on getting educated, Doctor Ramakanta Panda is considered one of the best cardiac surgeons in the world today.

Dr Panda’s 99.6% success rate in bypass surgery is widely recognized as a world-class standard. Dr Panda is also called one of the safest heart surgeons in the world and ‘the surgeon with the safest hands’.

Dr Ramakanta Panda has performed over 20,000 cardiac surgeries including over 1800 redo bypass surgeries and over 3000 high risk surgeries, including one on Prime Minister Manmohan Singh on January 24, 2009. He specialises in coronary artery bypass grafting using only arterial grafts over a beating heart, redo bypass surgery, valve repair and repairing complex aneurysms.

Ramakanta Panda is the Chief Consultant for Cardiovascular Thoracic Surgery and the Vice Chairman and Managing Director of the Asian Heart Institute, a speciality cardiac care hospital under the aegis of Asian Hospitals, at the Bandra-Kurla Complex in Mumbai, India.

He was born at Damodarpur village of Jajpur district. Panda studied for two years at BJB College and then went to SCB Medical College, Cuttack; he was the university topper in both places. He was topper at the All India Institute of Medical Sciences (AIIMS), where he did his postgraduation in surgery and heart surgery between 1980 and 1985.

He completed his fellowship training at the Cleveland Clinic, USA. He has also worked for one year as Sr. Registrar at the Harefield Hospital, in the United Kingdom, where he had the opportunity to train under Professor Magdi Yacoub, considered to be one of the world’s most prolific cardiac surgeons and heart transplant specialists.

Always a brilliant student Dr Panda credits his maternal uncle for inspiring him to become a doctor. “My mama was a doctor, a pretty successful doctor. He retired as the Director General Medical Services in the Indian armed forces. He was my inspiration.”

Dr Panda recalls two incidents from his childhood that left its indelible impression on him.

Once he played truant from school to play gulli danda for five days, but was caught out by his mother and headmaster.

“I got the beating of my life from my mother and for more than eight hours she locked me in a room and didn’t give me any food,” he says, recalling how strict his mother was.

Later, as a 14-year-old preparing for his board exams after rigorous hours of study, Dr Panda and his friends would sneak out to watch movies from 9 to 12 at night to Jashpur from Damodarpur — a distance of 18 km — on bicycles and come back by 2 in the morning to the school hostel without the headmaster getting any scent of it.

Being the most brilliant student in class, the headmaster made him kneel in the scorching sun for three hours.

“That was the most humiliating event in my life, something that brought about a major change in my life.”

“After that I never indulged in such childish acts. I grew up much faster.”

“Overnight I became an adult.”

Doctor Ramakanta Panda credits his parents, his grandfather and his school headmaster for his success.

Dr Ramakanta Panda is credited and recognized among his peers as one of the first in India to introduce “total arterial revascularization”, as well as being one of the pioneers of “off-pump” bypass surgery and redo bypass surgery in high-risk surgeries. He is particular about bringing the latest medical advances to India. AHI was the very first hospital in Western India to employ the da Vinci Si Surgical System. 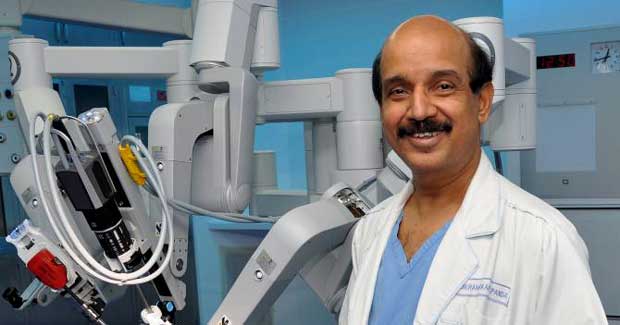 2 Comments
Improve your male potency and fight back the premature ejaculation. With the help of tadalis-reviews.com you will have your healthy sexual life back in no time. Order it with Priligy online and forget about premature ejaculation once and for all.
Copyright © 2023 Incredible Orissa.
error: Content is protected !!