Bharat Petroleum Corporation Limited (BPCL) and Odisha University of Agriculture and Technology (OUAT) joined hands on Sunday to develop, establish and promote rice straw based bio-fuel production in the state.

According to the agreement, a total of Rs 5 crore will be spent for the technology partnership project. The oil company will provide Rs 2 crore for setting up of BPCL Chair and Rs 3 crore as research contingency for development, establishment and popularization of the bio-fuel production technology.

The union minister said that rice is grown across the state. “Odisha produces 85 lakh tonnes of rice every year. We also get around 100 lakh tonnes of rice straw annually as agricultural byproduct. Normally rice straw is used as fodder or other domestic purposes. But now it will be used for production of bio-fuel,” he added.

He said there is almost no economic utilization of rice straw. “If we set up ethanol plant to produce bio-fuel, farmers can sale these straws to the plant. It will increase their income. It will motivate the farmers of north India not to burn the stubble or straw after harvesting paddy. It will create positive impact on environment,” he added.

The Centre is going to set up an ethanol plant at Bargarh with an estimated cost of Rs 750 crore. Main raw material of the plant is rice straw. This project will not only increase income of farmers, it will reduce the pressure on fossil fuel, said the minister. 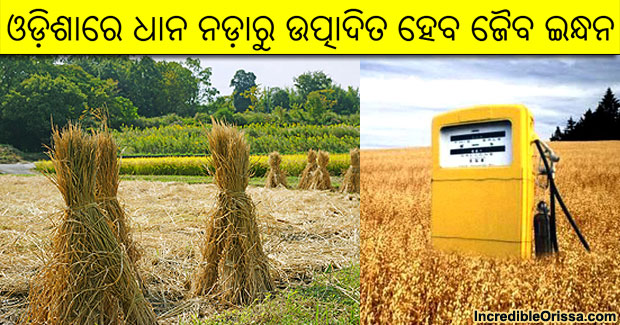