Bullet Raja is the title of a new Odia movie, which will be based on the much sensational and widely talked-about Odisha wedding gift blast case.

The film will be produced by Sridhar Martha under Range Royal Cine Lab banner. The film will portray every detail of the tragic episode and what provoked prime accused Punjilal Meher, an English lecturer at a college in Balangir, to commit the crime.

“I chose to make a film on Patnagarh parcel bomb blast case as I found this has everything which will appeal the viewers. This apart, one can learn many things from this story,” Martha said adding he has taken permission from police to go ahead with the project.

While two versatile actors of the industry Manoj Mishra and Hara Rath will be the main attraction of the movie, it will be interesting to see the film being directed by nationally and internationally acclaimed director Rajesh Touchriver.

Hailing from Kerala, Rajesh has worked for Telugu, Hindi and Hollywood movies too. He rose to fame after making the controversial movie ‘In the Name Of Buddha’ and became famous after winning national and international awards for his Telugu movie ‘Rakttam’. However, this is for the first time that Rajesh will be working on an Odia film.

The film will be the third venture under ‘Range Royal Cine Lab’ banner and will be made in two languages – Odia and Telugu. “Some artists may be replaced for the Telugu version,” said producer Martha, who clarified that the film is not a biopic but is a fictional story, inspired from a controversy. “I have complete faith in our director. We are definitely working hard and using the latest technology, so that we can bring something new for our audience.” 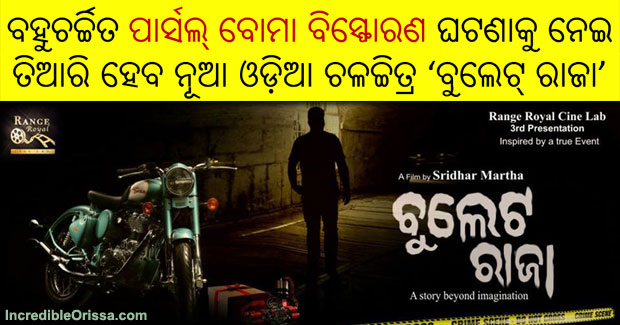